#104 From High Pressure to Goal Scoring 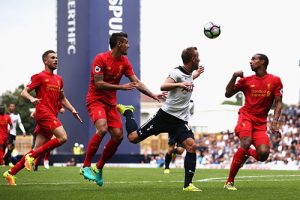 I had my teams in a tournament this last weekend. We enjoyed great weather and very good competition.

These end of the season tournaments are great for me and the players. I can see how far they’ve progressed over the course of the year and the players have a chance to put all of our training into games against some very good teams.

A couple of the teams played up into older divisions to challenge their ability to perform against even greater pressure than usual. It’s a difficult balancing act but at this time of year I’d rather put the teams in a little over their head than have them cruise through an easy division.

After we finish up our league season this weekend we’ll be traveling to the Chicago area for the Campton United tournament over Memorial Day weekend.

This week’s question is from who asked not to be named. He asks about player selection.

“I’m just now listening to ep 101 (changes to chase the game) and you mentioned having a few ideas for the next few podcasts, one of them being what to look for in a player at tryouts, but you weren’t sure the order you’d release them in.

Unlikely, but if it helps sway the decision at all…I’d vote for the tryouts topic. I have a decent eye for talent and coach a very good young team and we have apparently have a lot of new girls coming out. We also very clearly missed on girl that’s on our second team.

I know it’s an art more than science but really intrigued to hear your thoughts.”

I’ll be doing a whole episode on this in a few weeks. I told him that making decisions with young players is tough. You can place a kid on a lower team and find that they really respond to training. So much so that you wish you would have placed them on a higher level team.

That’s why I always tell parents not to worry about where their child is placed initially. Just get them started, from there we’ll be able to get them at the right level to ensure their development. Given good training and positive environment – They find their level.

Our Academy teams have players that started out on third and fourth teams as young players and there are players that were ‘World Beaters’ at U8 that are nowhere near the top anymore.

I look at high pressure defending. It’s a topic I discussed back in episode #20 Developing a Pressing Mentality. It’s been awhile since that episode and I have some new aspects to add that I think you’ll find interesting. 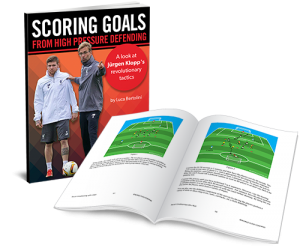 Liverpool have scored 21 goals as a direct result from high pressure defending and quick counter attacking this season…an incredible 25% of all their goals. This new guide will show you how they did it and how you can train your team to do the same.

Jurgen Klopp is one of the first coaches to play with a constant high pressure defending tactic as a main focus of his style of play. He won the German Bundesliga twice with Borussia Dortmund and is now causing havoc in the English Premier League with Liverpool. Now, more of the world’s top coaches, like Guardiola, Mourinho and Conte have jumped on the bandwagon and are using the high pressure defending tactic more and more. 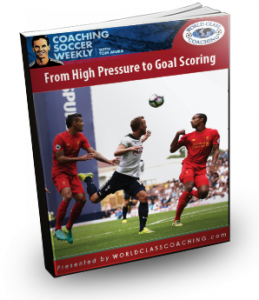 I’ll be taking next week off from the podcast as I travel with my teams for tournaments over Memorial Day weekend. I’ll be back in two weeks with a new episode.