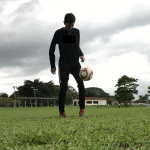 Well, I can safely say that it’s been the weirdest week I’ve ever had during a spring season. Things seemed to be changing by the hour not just by the day. At the end of my intro last week I said that I hoped to be back on the field in two weeks. Now it’s looking more like two months would be a more realistic time frame. The local league, and also our club, have canceled everything through April 30. There's at least a chance that May will end up being … END_OF_DOCUMENT_TOKEN_TO_BE_REPLACED 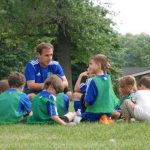 My games last weekend were really a tale of two entirely different days. On Saturday my teams played well and were very successful. Part of that could have been due to the fact that we played teams that were were just better than. On Sunday the games were very challenging. Especially the game with my U12 who played a very good U13 team. There's such a big developmental difference between U12's and U13's that it was like young women playing little girls. It was … END_OF_DOCUMENT_TOKEN_TO_BE_REPLACED 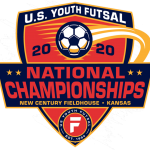 The Futsal Nationals took place in Gardner Kansas last weekend. I had two teams competing. One team missed out on the semi-final due to a close loss in their third game. The other team reached the final but lost on penalty kicks. I go into detail about the weekend in this episode. It was a great event that included teams from across the country as well as at least one from Canada. Our preparation for the tournament went well. The focus on defending that … END_OF_DOCUMENT_TOKEN_TO_BE_REPLACED 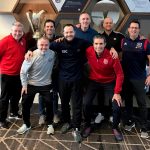 The last two weeks have been crazy; I finish the second meeting for the Grassroots Instructor's License Wednesday afternoon through Saturday afternoon. The first meeting back in November covered the course content for the Grassroots In-Person Courses (4v4 through 11v11). The second meeting was focused on presenting the D License Course. The D is like getting an advanced degree in the Play - Practice - Play methodology. It involved applying this to not only one … END_OF_DOCUMENT_TOKEN_TO_BE_REPLACED 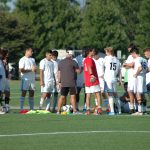 I've been working through some issues I've had with the audio quality of the podcast for the last few weeks. I'd appreciate it if you would leave a comment below if you've noticed a problem in previous episodes and if it's been resolved in this one. If you haven't noticed a issue then I'd like to know that as well. My teams were supposed to play their first games after the winter break last week. The goal of those game was to prepare for the US Youth Futsal … END_OF_DOCUMENT_TOKEN_TO_BE_REPLACED 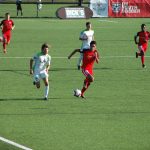 My family and I enjoyed a great winter break. We went to Glenwood Springs, Colorado to ski at Sunlight Mountain. If you're a skier in the U.S. and haven't visited Sunlight you're missing one of the best kept secrets in Colorado. It's especially great for families. It's inexpensive and consolidated in one area so it's easy to keep track of everyone. There's plenty of great skiing for ever level. I've been skiing at Sunlight since I was a kid. I've had the chance … END_OF_DOCUMENT_TOKEN_TO_BE_REPLACED 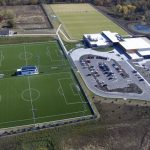 Since I didn't have a podcast last week I have to catch you up on what I've been up to. Two weeks ago I had my last outdoor tournament of the fall. Two teams played in the tournament and it was a great way to wrap up the season. I go into all of the details about the weekend in the episode. We had our first two weeks of futsal training sessions in the last two weeks. Moving indoors changes our focus a bit because we don't have the space to run the Play - … END_OF_DOCUMENT_TOKEN_TO_BE_REPLACED 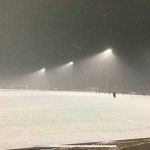 With only one game last weekend it left me with a lot of time on my hands. Saturday consisted of work around the house to get it ready for the winter (which seems to have started already!). My game on Sunday was at 8 am but first I decided to get up early and watch the Rugby World Cup Semi-Final between Wales and South Africa. That started at 4 am my time. I love watching the knockout rounds of just about any sport. The intensity and drama are something that … END_OF_DOCUMENT_TOKEN_TO_BE_REPLACED 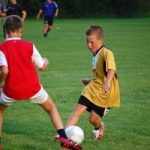 Last weekend was a busy one; I had six games between my four teams. The results were 3-2-1. The interesting thing was that the teams were 1-1-1 on Sunday and I LOVED the performance of my teams in every game. My approach was different with each group but I think it really matched with what they needed on the day a struck a balance between too much direction and not enough. Realizing that the balance needed by each team will be different and that sometimes even … END_OF_DOCUMENT_TOKEN_TO_BE_REPLACED 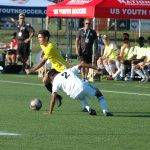 I followed up the out of town tournament two weeks ago with an in-town tournament last weekend with two different teams. One team played their own age group and the other was playing up. They both faced some good competition and didn't end up making the finals but they both had great experiences that will definitely help them continue to develop and build on a great start to the year. I talk more about their experience in the episode. There's a Grassroots … END_OF_DOCUMENT_TOKEN_TO_BE_REPLACED