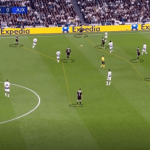 Well, We had a tough three games in State Cup last weekend. The level of competition and athleticism was just two much for us. We didn't help ourselves with some unforced errors that cost us goals at key points in the game. We also didn't create as many chances as we needed to in order to give us a chance to stay in the games. It was a four team group and two of the team were clearly better than the others. We were very competitive with the third team in the … END_OF_DOCUMENT_TOKEN_TO_BE_REPLACED 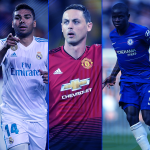 Two weeks ago three of my teams participated in a tournament. That meant that I had 10 games from Friday to Sunday. It's not a huge physical challenge to coach 10 games in a weekend. But it is a mental challenge because you're focused and intense for each of those games. It can be an emotional challenge to if you get too carried away. Last weekend one of my teams traveled to Omaha for NPL (National Premier League) games. They only play one game a day so I … END_OF_DOCUMENT_TOKEN_TO_BE_REPLACED

As I write this post it's Thursday evening which marks the end of another week of training for me and my teams. I feel very fortunate to be able to train with my teams on the field because I know where are some places in the U.S. that haven't been able to start their fall seasons yet. I was reading an article about how the clubs in New York can't get permits to use the soccer fields despite the fact that the parks are open to the general public. Other places … END_OF_DOCUMENT_TOKEN_TO_BE_REPLACED 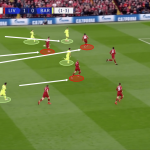 Tonight was the end of my first week of training with my teams. My schedule is a bit crazy this fall. I'm at the fields every night until 9 pm expect Thursdays when I come home to record the podcast. Being on the field for three to five hours every night is going to take some getting used to. I'm really enjoying the chance to work with the players on the field again. Three of the team train twice a week. One team, the U16's, trains three times a week. I … END_OF_DOCUMENT_TOKEN_TO_BE_REPLACED 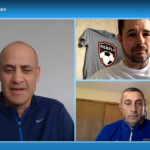 I've just finished my third week of 'Social Distancing Practice'. To be honest, I'm really missing high fives and pats on the shoulder. I didn't realize how much those simple acts helped me connect with players. Nothing can really replace those. We tried, 'foot fives' but those seem awkward and forced. It may not happen for a while but I can't wait until I can high-five my players again. That time seems to be moving further away now that schools in Kansas … END_OF_DOCUMENT_TOKEN_TO_BE_REPLACED

This is the first full week of the ‘Stay at Home’ order in Kansas. The schools are out for the spring, the league has been delayed until the end of April and now everyone has been asked to keep their distance if they have to be in public. I think I’ve been every bit as busy as I would be if we were training. All the extra work to put things together for the club, the age groups I direct and my own teams has been a real challenge. The recreational league … END_OF_DOCUMENT_TOKEN_TO_BE_REPLACED 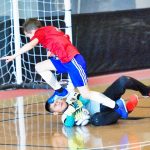 Last weekend we had the U.S. Youth Futsal Central Regional Championship. It was a long weekend with all four of my teams participating. Two of the teams were actually playing up an age group while the other two played with teams their own age. The teams played up because they won't have been challenged in their own age group. I think that playing up in Futsal is even more difficult that playing up outdoor. This is due, in part, to the fact that the referees … END_OF_DOCUMENT_TOKEN_TO_BE_REPLACED 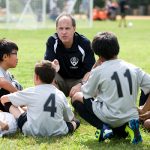 I only had three games again last weekend; one Friday, one Saturday and one Sunday. The teams all played very well. It doesn't always work out that way so it's fun when it does. We’re at the point in the season where I’m seeing the results of what we’ve worked on in training. It's great to see them applying concept to games under pressure. Now it’s time to add on to that.  For me, that means spending more time in 1 v 1 and 2 v 2 environments to help the … END_OF_DOCUMENT_TOKEN_TO_BE_REPLACED 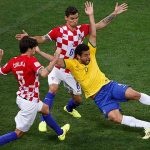 My teams are making the transition to indoor Futsal training this week. Some of them still have an outdoor tournament this weekend but our club always moving inside on the first of November. I enjoy the change of pace and the focus on different skills and tactics. Some coaches focus on training Futsal in isolation but I look at how the game as an opportunity to better prepare my teams and players for a return to the outdoor game in the spring. This winter … END_OF_DOCUMENT_TOKEN_TO_BE_REPLACED 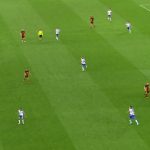 Last weekend I had a game on turf Friday night, a game on very rough outdoor field on Saturday and then back to the turf for our match on Sunday. The grass field was so uneven that it made it very difficult to try to play the kind of soccer we normally attempt. I decided to take the pressure off my players and give them permission decide when they could play to feet and when to play more directly and just get the ball forward. They did a great job of making … END_OF_DOCUMENT_TOKEN_TO_BE_REPLACED