#014 Do Your Players Move Without the Ball?

This is a busy time for youth soccer clubs in the United States. 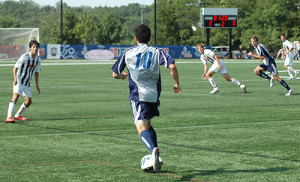 Memorial Day weekend tournaments around the country last weekend lead in to State Cup this week in many states. Then tryouts for next year’s teams come right after that.

This three weeks is kind of ‘The Storm before the Quiet’. The summer brings a much needed break but these few weeks are always crazy

In this week’s episode I look at how to train your players to move without the ball. It’s important that they learn when, how and WHY to move. Movement creates opportunity; without movement our team becomes predictable and easy to defend.

Of course the age and experience level of the players will determine how much detail you can teach. The youngest players can be taught the foundational concepts that will lead to more in depth understanding later. Older players can learn how their movements can be combined with their teammates to pull defenses apart.

No matter what level your coaching this session will help you train your players to create more opportunities by moving effectively without the ball.

Teaching Movement Without the Ball

What concepts I focus on depends largely on the age and experience level of the players.

I avoid telling them where to move during games if I can. At the very youngest levels this is necessary from time to time. I prefer to ask them questions: Where is the open space? How can you help ‘Bobby’? Can ‘Joey’ pass to you?

This gets them thinking rather than just following my directions. It will take longer to get a result using this method but they will learn versus just being told.

I focus less on positions and more about moving to space and away from pressure. I tell them that they need a clear path between them and the ball.

All of this leads toward the introduction of Right / Left and Split. 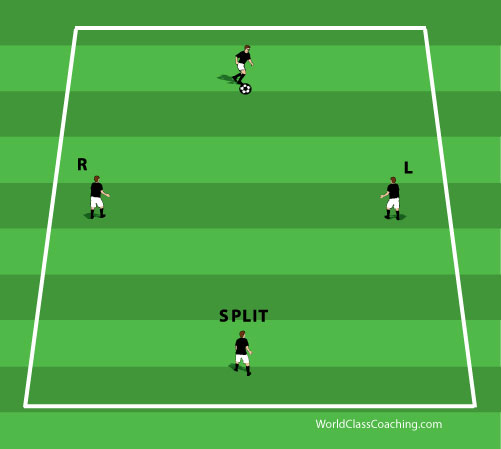 Once the players have an understanding of supporting using Right / Left and Split we work on three types of runs. 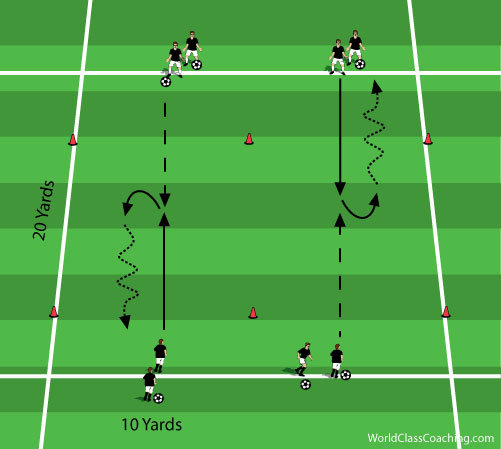 The player opposite of the ball runs toward the ball and calls for it. Receiving the ball, the player turns and dribble back to the line he came from. The player that passed the ball now checks into the middle and receives a pass to continue the pattern. 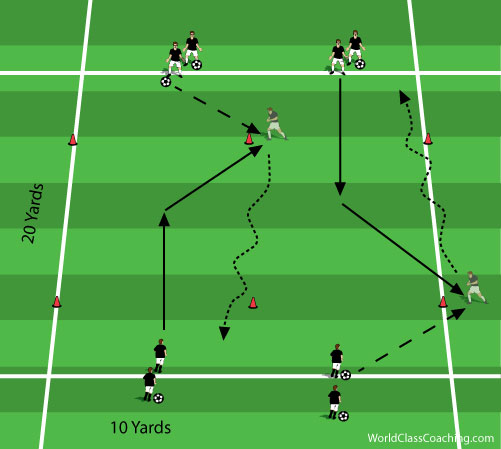 Next the player opposite of the ball checks toward it but doesn’t receive a pass so they drift wide to provide a passing angle wide. They receive the ball with their farthest foot and dribble back to the line they came from. 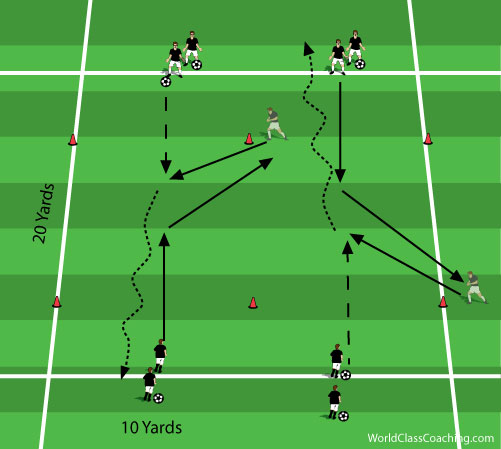 Finally, the player who has drifted wide does not receive the ball so he shows through the middle with a slashing diagonal run.

The pattern continues with Player 2 following Player 3 out to receive the ball from Player 4. 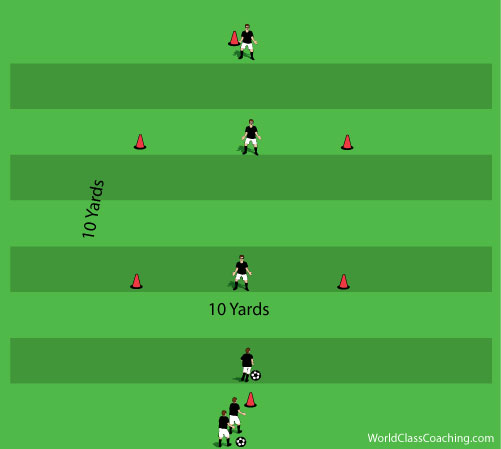 Once the players understand R/L/S and options for movement then I want them to see how their movement can create opportunities for their teammates.

This exercise is from Episode 10 – Breaking Lines of Pressure

This two progression allows the players to see how their movements effect defenders, opening and closing spaces. 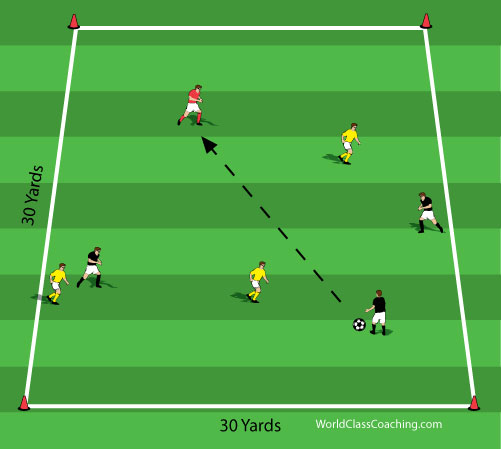 This game can be non directional at first but then progress to playing it with two endzones or pass-through goals. 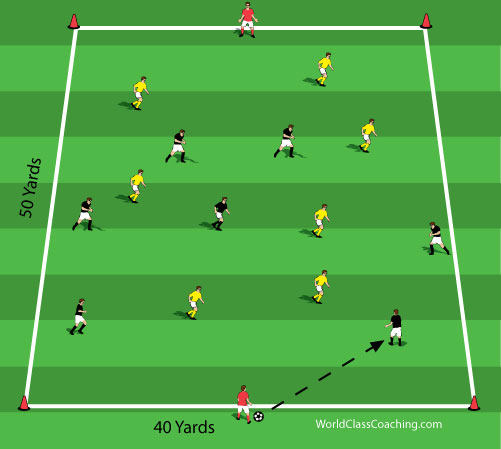 As with the 3 v 3 +1 game, this can begin as non directional and progress to play to targets and finally to goal.

A player who passes the ball must make a five-yard run after releasing the ball. This will create a lot of give-and-goes but it will also leave space empty for other players to check into.

If a player does not make a run after passing the ball is given to the other team.

We must first give our players a framework of play. I use the idea of R/L/S. Then we show them how their movements create opportunities for their teammates. Finally we put them into game situations so that they can begin to recognize these situations for themselves.

Your players will not learn to move effectively without the ball in a few sessions. It will take time but if you have a systematic approach that focuses on the key concepts, your players will LEARN how, when and where to move to create openings for themselves and their teammate. 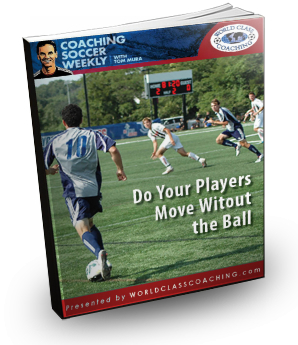 I’m excited about next week’s episode because it was inspired by a listener request. John B. wanted to learn more about analyzing the game from the sideline so I arranged an interview with John Pascarella, an Assistant Coach with Sporting KC. We talked about what he looks for in the opponent and his own team when he’s coaching. He also shares the resources he uses to improve his understanding of systems and tactics.