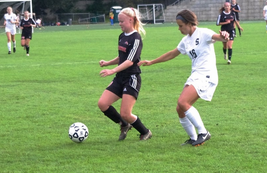 Training sessions have started in our area and it’s great to get back on the field with the players again. The summer provides a welcome break but I enjoy working with kids and watching them develop so I’m always excited to start a new year. I have a range of age groups that I’m working with again this year.

The youngest are our U8 Pre Academy boys and the oldest is a U16 girls team. In between I have U10 and U12 girls teams. I enjoy coaching teams that play 6v6 8v8 and 11v11 so these are great groups to have. It also means that I’ll be able to bring you topics that span every age group. Which will keep this podcast relevant for most coaches.

I really enjoy having discussions with coach who comment on the show or send me an email. This week’s topic comes out of one of those conversations.

The focus is on teaching players the importance of constantly checking their shoulder and scanning the field around them so they are aware of the space, pressure and support that they have.
This is a challenge for coaches at every level and I think that you’re going to enjoy this exercises and games.

I recently received an email from a coach, Daniel A. I won’t use his full name because I didn’t ask him if I could. He is looking for some ways to teach his players to be constantly checking their shoulders. Another way to say it is to, ‘Play with their head on a swivel.

I recently read a stat that Xavi, formerly of Barcelona, checked his shoulder and looked around more than 890 times in a single 90 minute game.

Creating this habit will make your players more aware of the position of the ball relative to their teammates and their opponents. The more they are aware of these factors, the easier it is for them to make decisions about where to move and where to play.

When I read his question from Daniel I instantly thought of a DVD that had been sent to us at WORLD CLASS COACHING several years ago call, ‘Developing Vision and Awareness’. I really liked the ideas and methods they used and I tried them with my own teams.

I’ll give you a couple of examples today and put a link to their website in the show notes because there’s a lot more to their methods than I’ll be able to share with you here. 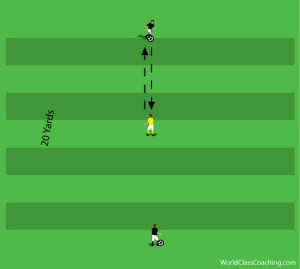 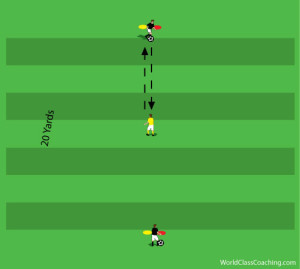 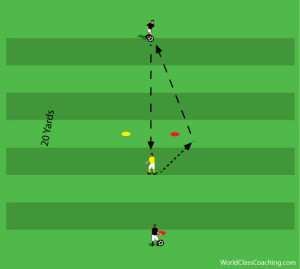 React Based on the Color 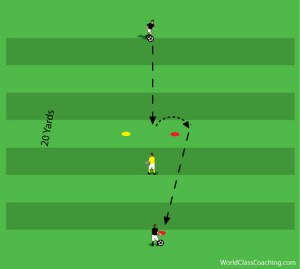 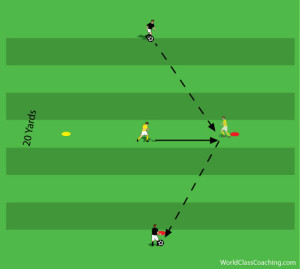 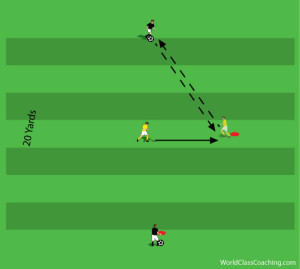 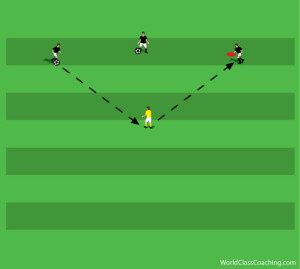 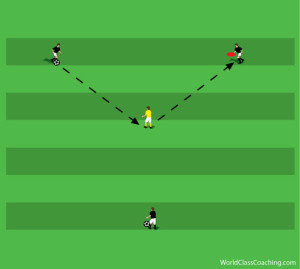 Position the player in a triangle around the receive 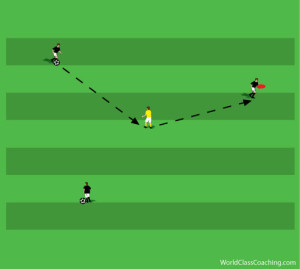 Have the players move freely around the receiver 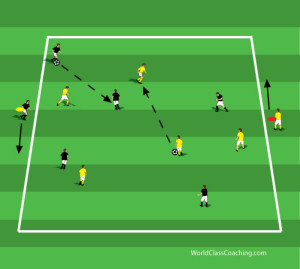 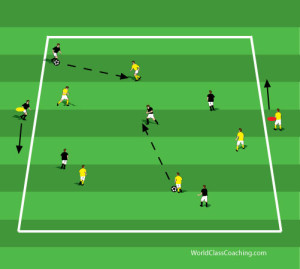 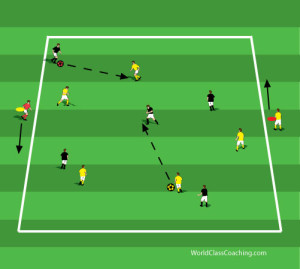 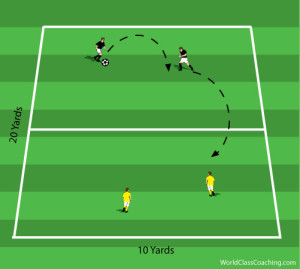 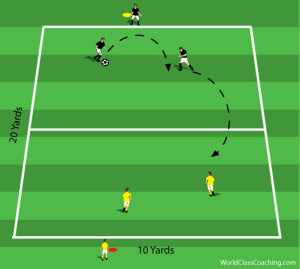 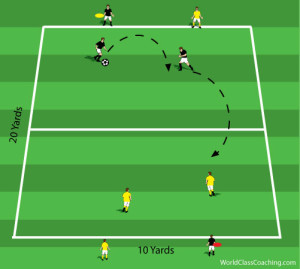 There are a lot of other great ideas on the DVD. There are some 2 v 1 and 3 v 2 games that help to transfer the concepts to game situations more quickly.

They also have some other tools and ideas for adding even more complexity. I highly recommend you checking the  ‘Developing Vision and Awareness’ DVD out soon. 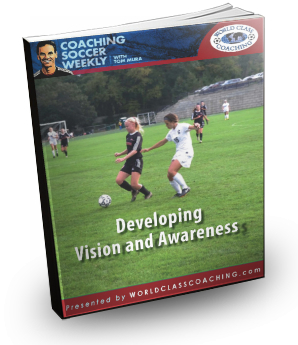 At the start of each year I always plan a shooting session for my teams regardless of the age group or experience level. Players at every level need to be reminded of the key principles of ball striking and finishing. On next week’s show I’ll share a progressive training session that I used this week with my own teams.