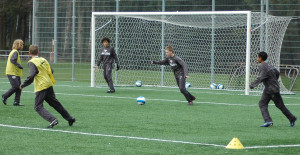 Last weekend was our first tournament weekend. There is always a lot of discussion about whether playing multiple games over a weekend is good for players. I think it depends on the age and level of the players. For high school age and above I think more harm than good comes from playing more than a game a day and no more than three days in a row. These are players that are playing close to if not full 90 minute games and often with limited substitutions.

For younger players who are subbing more often and playing shorter games playing three or four games over a weekend can be good for them.Playing multiple games over a short period of time allows the player to learn from the previous experience and apply that knowledge in the next game. I think tournaments can be a useful tool especially early in the season when you’re trying to get a young team on the same page, very quickly.

This week I want to look at a key transitional period in development. The U11 and U12 years are crucial in the development of a player. You’ll often hear coaches talk about this period as the, ‘Dawn of Tactical Awareness’. The players become much more aware of how they can cooperate with their teammates to achieve mutual goals.
Until now their focus is usually more self-centered. I don’t think this should be looked at negatively because self-centered learning is an important stage of development and helps to provide a great environment for acquiring new skills.

As players make take the next step from a focus on themselves to small group dynamics they start to become aware of the importance of working together. This awareness comes at different ages for each player but U11 and U12 are generally accepted as an appropriate time to focus a bit more on team dynamics.

In this episode I’ll discuss the formations that I’ve seen used with these age groups  and how they can help players prepare for step up to full-sided soccer.

Looking back, it’s obvious that this change was a huge benefit to players enjoyment and development in the game.

Last week, in Episode 24, I discussed the possible formations that you could use for teams playing 6 v 6. This week I want to look at a key point in player development; the U11 and U12 years provide a vital link between small-sided soccer and the full-sided version. The way we organize the players in this stage can set them up for a smooth transition to the full-sided game.

What to Consider When Choosing a Formation

Do you want three lines?

Cover in the Back

Width in the Midfield 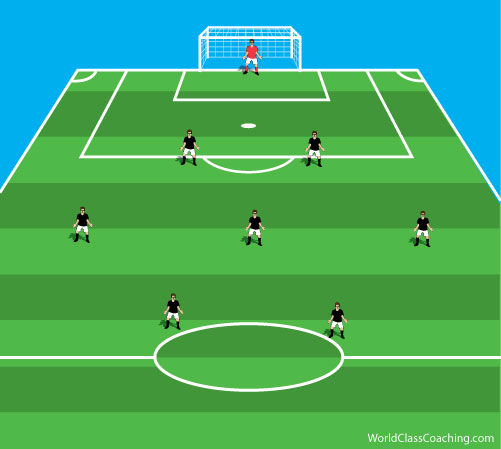 This creates a balanced shape and creates lots of diamonds of support. I focus on creating Right-Left-Split. It also creates an easy transition if you want to play 3-4-3 in 11 v 11 game. Not many do but it can be effective given the right players.

This can be a useful formation if you a few solid defenders and a very good goalkeeper. If you know you’re stronger this formation puts more players forward and allows you to take advantage of this but it does leave you open to counter attacks. 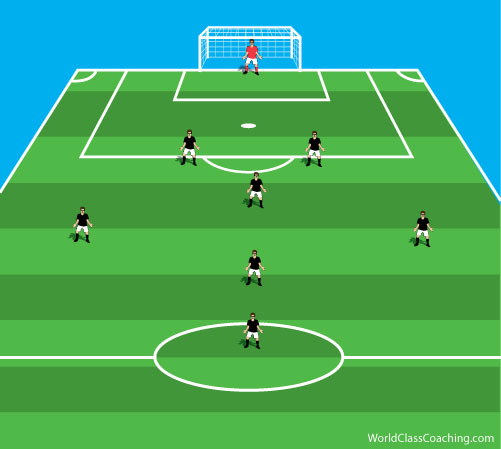 This formation allows you to train center midfielders. You can have one attacking and one defending or play them side-by-side. This transition easily to a 3-5-2 formation in 11 v 11.

I feel that this formation focuses too much on the midfield and not enough on the forwards or defense. 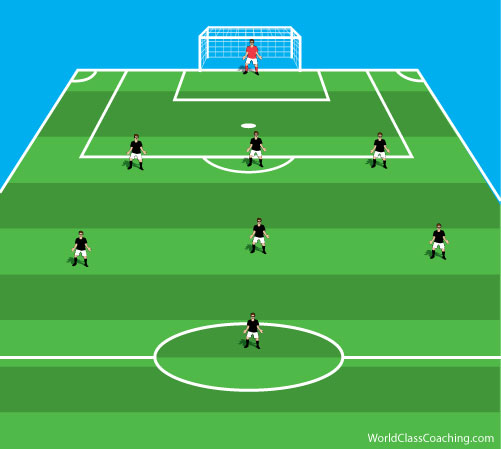 This is by far the safest formation. It is  also simple for the players to understand. 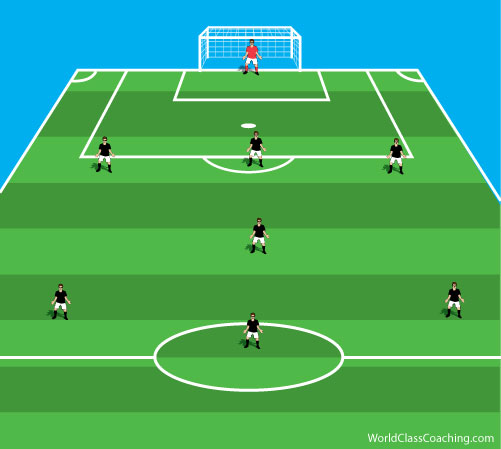 I would use this formation as a transition once the players gain an understanding of 3-3-1. It also encourages outside defenders to get forward and outside midfielders to attack. 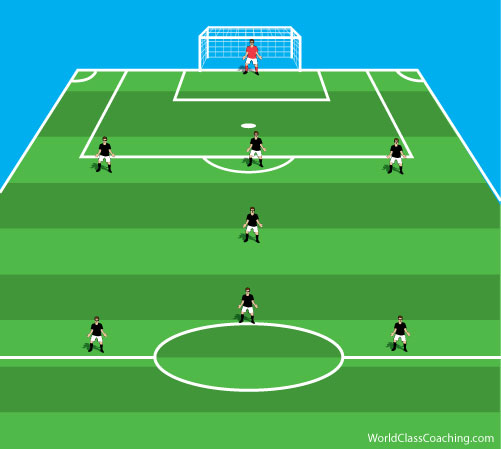 Two forwards that are positioned wide put pressure on the outside backs of the opposition to stay home. If you have two or three very strong and smart players that can play centrally this formation can take advantage of their strength. It also creates lanes for outside defenders to get forward. You can play with midfielders side-by-side or front and back.

This is an advanced formation and requires a lot of understanding by the central players. I think you would spend more time coaching the formation than the skills of the game. 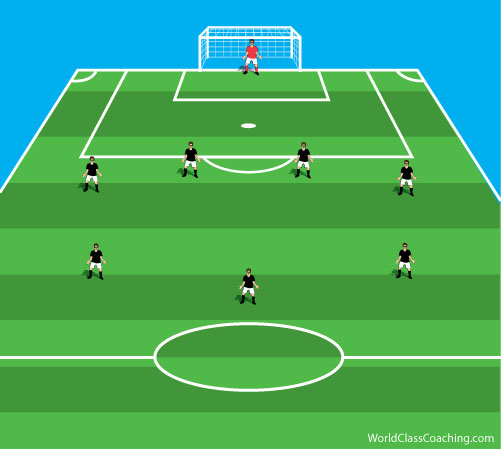 You could use this formation to train the roles and responsibilities of a back four. The midfield three can play with two attacking or two defending.

You might use this system if the other team is stronger and you want to defend and then counterattack.

I feel that this system is far too defensive to be played with young players. It’s too ‘Tactical’. The game should be about learning the principles of attacking, defending and possessing at these age groups not just going for a result

There are probably other ways to organize a team to play 8 v 8 but these are the most common I’ve seen on the field or in my reading and research.

Whichever formation you choose to play you should focus first and foremost how playing that shape will benefit the players and guide them in their transition from small-sided to full-side soccer. 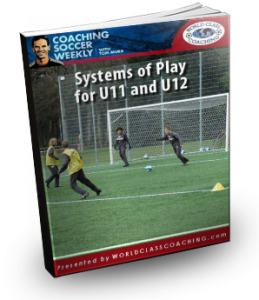 I’ll look at the final step in this process and discuss the different systems of play for the 11 v 11 game and how they can help achieve developmental goals.