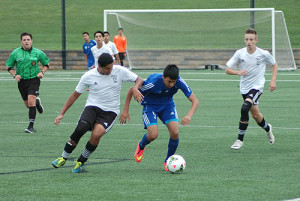 This week I want to share a session focused on teaching the key defensive principles. The session starts with the basic building blocks of individual defending and progresses to include small group defending and finishes by working with the entire defensive unit.

The amount of time you spend in each phase of this session will depend on the age and experience level of your players. With younger players you may only go as far as the 2v2 defending work because those numbers are enough to teach them what they need to know at this stage. If you’re coaching older players you may spend less time on the basics and more on the small-sided games and phase of play exercises but I believe even the most accomplished players need to spend some time working on the basic principles. Without a solid foundation then you will see individual break downs leaving gaps for the opponent to exploit.

Teaching the principles of defending is important for players of any age. If you start by introducing 1 v 1 defending at an early age you can gradually build on those concepts to include defending in pairs and in units.

This training session is designed to build up from the most basic unit of defending to a full Attack vs Defense phase of play exercise. If you had a full squad of 22 players you could continue by teaching the attackers their responsibilities when your team is out of possession. This could also be accomplished by starting the phase of play exercise with a ball rolled out by the goalkeeper to work on many of the same ideas. You’d be doing the same exercise but with a focus on the forwards and midfielders.

I’ll also show you how you can use part of this session if you are working with teams that are still playing small-sided soccer. 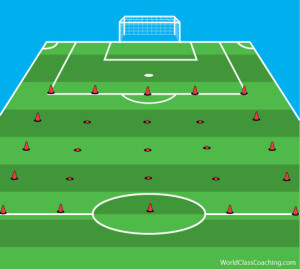 I try to use one set-up for as much of the session as possible. This means less time wasted moving cones and creating new areas. This also allows the players to see how the session builds. They can see how each part of defending relates to the next.

You can scale it to the size of field your team is playing on. I use 10 x 10 girds regardless of the age. I try to use mats instead of cones inside the area if possible. For this example I’ve used cones on the outside because I don’t have enough mats so I’m showing the area how I had it set up. 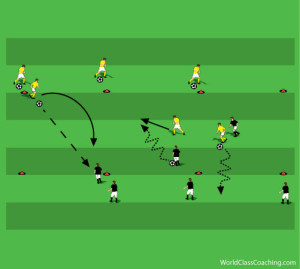 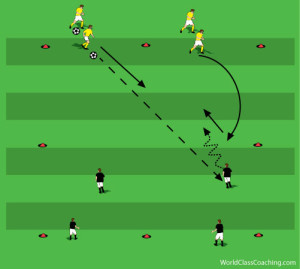 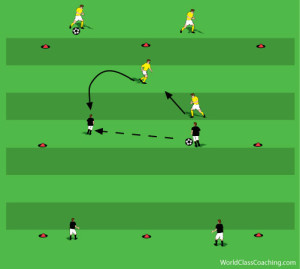 You might stop here with younger or less experienced players. You can skip to zonal passing game I describe next but with only two players in each zone. 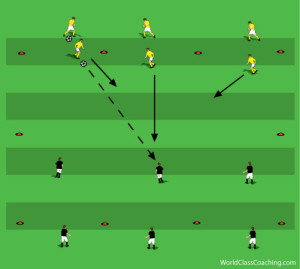 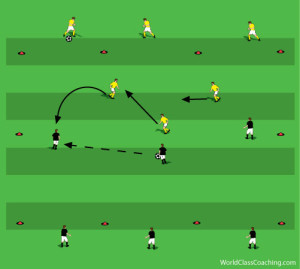 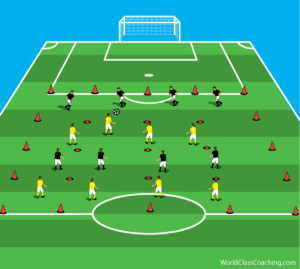 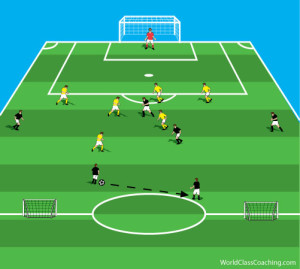 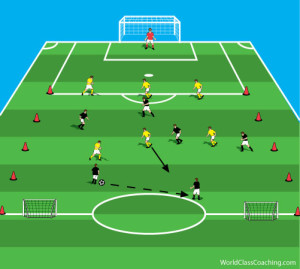 Building a solid defense won’t be done in one session but the principles that are taught in this session will give your players the foundation and understanding to defend well individually and as a team. 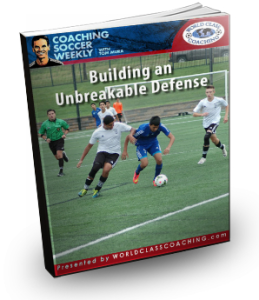 I’ll look at the different ways you can organize your training sessions. Players learn in different ways and presenting the same topic but organized in a different way may help you teach a concept that your players have been struggling with.