#039 The Foundation of Effective Defending 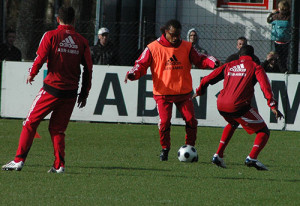 Last week I enjoyed a great break over the Thanksgiving holiday weekend. Lots of time spent with family and friends. It also gave me a chance to catch up on podcast episodes that I hadn’t listened to.

I try to keep up with the latest episodes of Youth Soccer Evolution, Winning Youth Coaching, Coach Your Best and a new one I discovered called, Coach Bain Mused.

It is hosted by Alistair Bain. The episode I listened to was a conversation between Coach Bain and Kevin McGreskin, the Bahama’s Technical Director. McGreskin also developed the Soccer EyeQ system that I talked about in episode 22 on developing vision and awareness.

It was a great conversation that covered a number of topics but specifically on the importance of getting the most out of every training session. It was a very interesting and inspirational discussion that got me thinking about how to maximize my own training sessions.

Each year we are forced indoors by the unpredictable Midwest winters. While we would be able to achieve more game specific training if we were able to play the outdoor game year round I really enjoy the move indoors because it allows me to work on technical and tactical topics in a different way.

There is such a great transfer in training from the work that we do indoors to the outdoor game. My teams are always playing at a much higher level each spring because of what we are able to accomplish during the indoor season.

In our first couple of training sessions of the winter I always focus on the key principles of defending in Futsal: Getting everyone back in five seconds, defend the middle first and making sure we don’t get split. 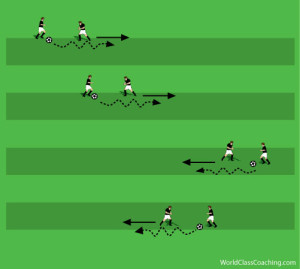 One attacker dribbles while a passive defender focuses on the proper body shape, distance and angle of pressure. When the dribbler reaches the far side of the court the players trade roles. 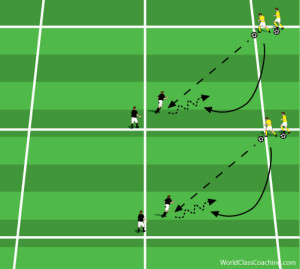 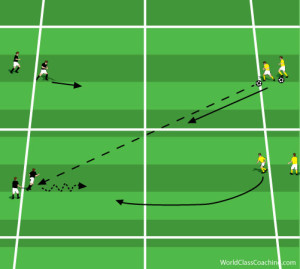 The same game is now played with two attackers and two defenders. At first the attackers only pass the ball when I say, ‘Go’. This gives me time to coach the defenders. 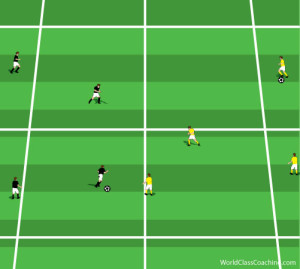 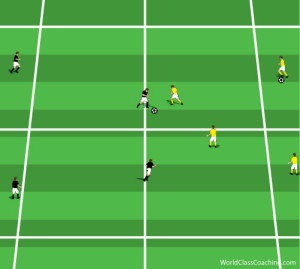 When I say, ‘Go’, the ball is passed to the second attacker and the defenders adjust their positions.

Look for teachable moments to cover the ways to defend give-and-goes and overlaps.

With older or more experienced players focus on the communication of the players. The second defender should direct the first defender so that they can work together to win the ball.

This episode of Coaching Soccer Weekly is sponsored by ZoomReports.com. If you’re a coach looking to give your players valuable feedback or a director of coaching searching for a way to manage the evaluations for your whole club you should try a free trial of ZoomReports by going to ZoomReports.com and entering the promo code CSW when registering for the free trial. 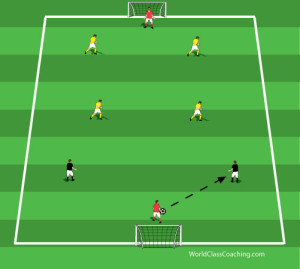 Two attackers receive the ball from the goalkeeper and work against four defending players. At first the attackers only pass when I say go so that we can work on the defending teams positioning. 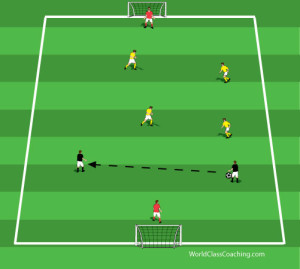 As with the 2 v 2 game, the player nearest the ball pressures while the other forward covers and anticipates a pass. 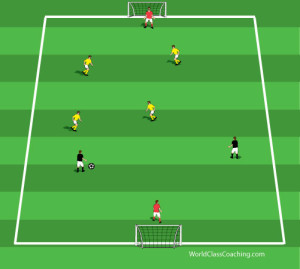 The players then slide across to get pressure and prevent penetration on the other side.

Once the players have an understanding then they play freely with the two attackers trying to score on the defending team. If the defending team win the ball they can counter attack. Each new play starts from the goalkeeper. 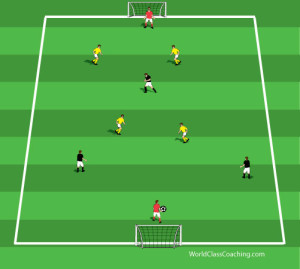 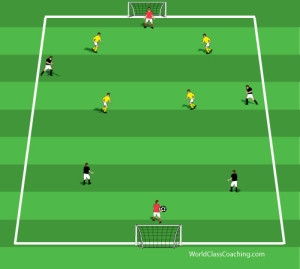 This begins as a phase of play with the goalkeeper of the attacking team always starting with the ball. Once the players have gained an understanding of their defensive movements then we transition to a regular Futsal game.

This is a Futsal session but the concepts apply to any indoor or outdoor game. The purpose of the indoor season for me is to prepare the team to return to the outdoor game in the spring. This session will have your team defending better when the spring comes around. 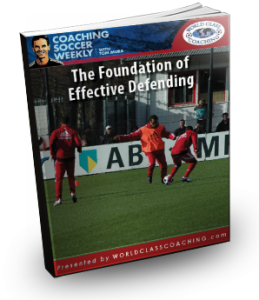 I’m going to share some of the conversations I’ve had with coaches that listen to the podcast. I’ve received some great questions that have led to interesting exchanges. I’m sure that other coaches have similar questions so I thought it would be helpful to share those questions and answers on the show.