#105 Tryouts as a Tool for Development 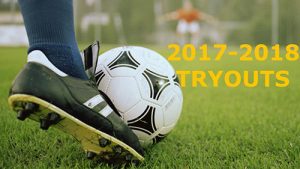 I took last week off from the podcast to take some teams to Chicago for a Memorial Day weekend tournament. It was a great weekend and a fun way to wrap up the year for the teams.

We played on grass fields which really slowed the game down compared to what we’re used to when playing on our home turf fields. It was a different challenge for the players which they adapted to well.

I love playing on grass but it’s so seldom that you get to play on grass fields that are smooth and allow the ball to roll properly. We’re going to continue to see more and more complexes move to field turf because it’s low maintenance and allows play under most weather conditions.

This week’s question is from Nick .

He asks about tryouts that are spread out over six days.

“I coach a varsity high school girls team and we have tryouts that span over six days, I wanted to know if you have a specific evaluation system for tryouts and how you might structure tryouts for that many days to maximize the evaluative capacity of each activity and day.”

I assumed Nick was having tryouts for multiple teams: Varsity, JV and C Team. In that case I would move players during the day or from one day to the next so that by the last day I would have the teams together.

Then Nick responded and said,

“Unfortunately we only have a varsity team. Our school doesn’t have the resources to field a JV team. We usually have around 35-40 girls try out and I try to pare that down to about 23-26 for the final roster. Any advice you can give on that type of tryout would help immensely. I wish I could take them all, but it’s just too many players to manage effectively.”

Since we’re getting ready for tryouts not this weekend but next, I thought I’d talk about topics around this subject.

I review some of those issue in this episode but focus more on the importance of tryouts and how I evaluate players and place them appropriately during the process.

I’m going to be talking to an orthopedic surgeon and sports medicine specialist about sports injuries and injury prevention. We’ll discuss steps parents and coaches can take to help young soccer player stay in the game and be healthy and active the rest of their lives.