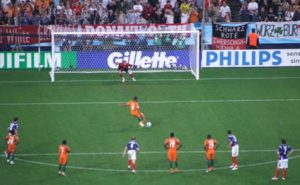 I’m working with five different teams this year, U9 boys, U10 boys, U11 girls, U13 boys and U16 girls. That may seem like too many teams but I’m able to schedule the practices easily since we have lighted fields and the league and tournament scheduler does a great job making sure I don’t have any conflicts.

Putting them all in the tournament this weekend gave me 17 games over the three days of the tournament which was a lot for me but it was great for the teams to get three or four games played at the start of the season.

This week’s question is from Steve.

He’s asking about books on tactics.

“I scanned through the World Class Coaching book library in the technical/tactics section and there are so many choices, I wasn’t sure where to start.”

Thanks for the question Steve!

I get this one get a lot, “Which book should I get on tactics, technique or systems of play should I get?”

‘Tactics’ is such a broad topic. When you’re looking for information you should try to narrow it down to one specific area.

Is it an attacking or defending topic? Is it individual or team? Is your team playing small-sided or full sided? What system of play are you using? Which teams or coaches do you admire?

Get a picture of how you want your team to play and look for information that will get you there. As you research you may go in a different direction but it gives you a starting point.

There’s been some news lately about alternative methods for PKs. We also had the Open Cup Semi Finals over that last week and it all got me thinking about how we resolve ties in soccer when you have to have a winner. This week I’ll look at the history behind extra time and how it has evolved as well as some alternatives to our current system.

I’m working on a few topics but haven’t settled on one for next week. Check our Twitter feed early next week. I’ll announce it there when I decide.