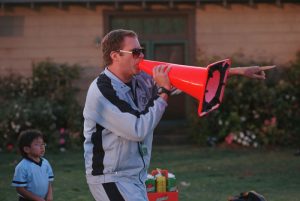 This weekend I’m taking my girls teams to Iowa for a tournament. This year I split up my teams and took the boys to one tournament and the girls to another. This gives me more time with the players and families away from the field.

These are the only two out of town trips I’ll do with my teams this fall. We have so many good teams come into town that we don’t really need to travel but the players enjoy these types of trips and as I said last week, there are some benefits of travel that you just don’t get if you just stay at home.

This week’s question comes from Dimitri. He’s asking about choosing a formation for his first game.

“I have just started this week with an under 16s girls team. I’ve only coached them once and only 8 players turned up, so not enough for a full team, and that’s the only session I have with them before their first game of the season this Saturday.

The women’s first team manager is really supportive and is keen on player development. Success for the manager means that some of them are able to play for the first team, not whether they win or lose now. It’s great having that sort of set-up, but I now have a dilemma preparing for this first game

The first team play with a 3-4-3 formation, so to make the transition to the first team a bit easier for the players I think it’s a good idea to use the same formation with elements of their system. However, the players have said that they didn’t have a set formation last season or that they’ve been working on before I’ve just took over the team, and some of the players have only just joined. I feel as though a 3-4-3 is a challenging formation that the players are probably not familiar with. Is it worth sticking to my plan of preparing them for a smooth transition to the first team on this first game and risk confusing the players and them not having fun because of it, or should I use a more conventional 4-4-2 as more players are familiar with it just for the first game?”

I agree with Dimitri, playing a new formation that they haven’t had a chance to work on in training is setting them up for failure. There’s plenty of time to teach them the 1-3-4-3 in the coming weeks. Get them off to a good start with a formation they are comfortable with.

This week I want to look at mistakes that are commonly made by coaches. Some of these are errors that I made as a young coach. I think it’s important that we look closely as what we do and always be on the lookout for things that we can change to improve the soccer experience for our players.

Make sure you subscribe to Coaching Soccer Weekly through Apple Podcasts, Google Music or your podcast provider of choice, to be sure you never miss an episode.

Next week I’m going to look at the importance of adding transitional elements to your drills, exercises and games during training.