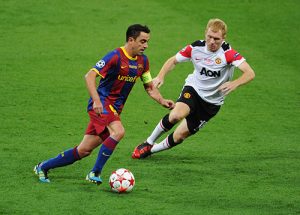 Last weekend’s tournament in Iowa went well despite some weather issues. The tournament did a good job of managing them but on the show I talk about the best way I’ve seen of dealing with weather delays.

As I’ve said before I enjoy having my teams play multiple games over the course of a weekend and learning from one game to the next. We played on some beautiful grass fields but it did take us some time to adjust to the slower surface and smaller field dimensions. It’s all part of the experience for me. The players learn to make adjustments and deal with different conditions.

He asks a question about tracking game statistics. Ryan says,

“Do you have suggestions for a form that can be used to track players during a game. Used by Coach and parents to track # touches, # passes, # moves.

The goal for the game is to see how many times can the team connect 3 passes, 4 passes 5 passes.”

I found an app called SoccerMeter. It’s a great way to track a bunch of stats for soccer including: number of passes completed, the number of passes before a goal, time of possession and more.

Here’s a screenshot of the free version of the app on my Google Pixel phone: 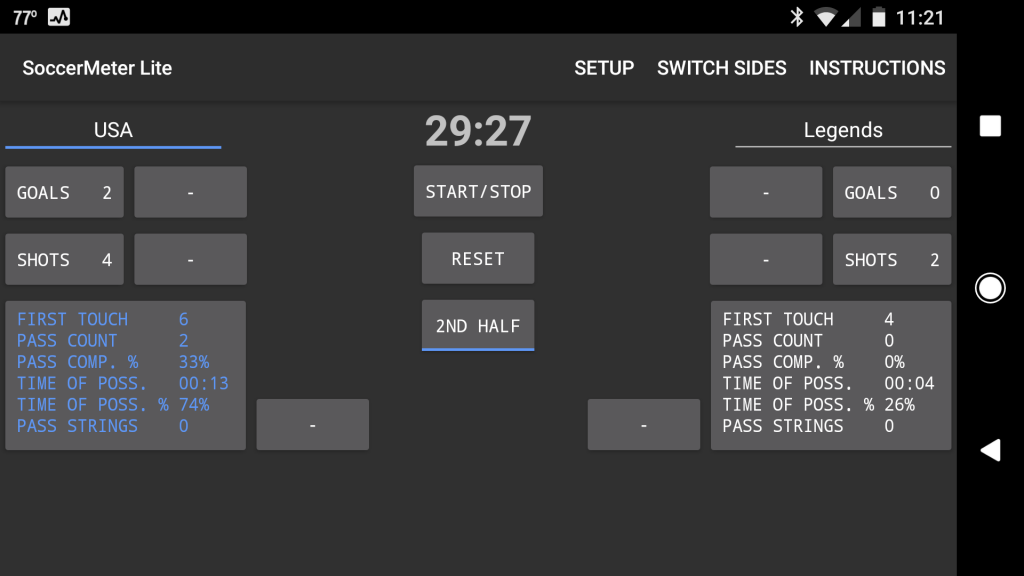 I haven’t used the app during a game but just played with it a bit. All you have to do is tap the large box under each team whenever that team has a player take a first touch. Then you tap it again as a new player touches the ball. When the other team gets control you take that team. It’s simple to use while you (or an assistant or parent) watch the game.

If you’re looking for a stats app, this is the best one I’ve come across for soccer.

Today I look at the most often forgotten phase of play. It’s the link between attacking and defending. If you’re not incorporating it into your sessions then you’re missing a huge opportunity. 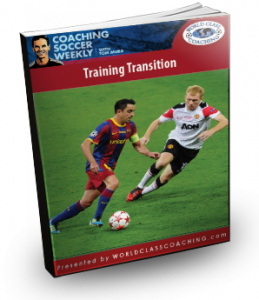 Next week I’ll show you why you should train your players NOT to look at the ball.