#125 Prepare their Mind to Train their Skills 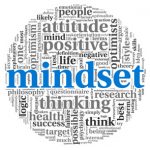 As I mentioned last week, my weekend was focused on refereeing as I renewed my outdoor and Futsal certifications. I was asked to do a presentation to the group from a coach’s perspective.

I tried to show how coaches, referees and players need to work together to create a positive experience for everyone. I let the referees know what coaches expect from referees. We want Professionalism, Effort, Knowledge and Consistency. I asked the referees what they want from coaches. The two main themes were Respect and Trust.

The two things that I think can get in the way of a good working relationship are Competitiveness and Emotion. A third would be arrogance but I left this out of our discussion because I didn’t think it would help to move the conversation forward.

I gave the referees suggestions on how to communicate with coaches rather than simply ignoring them. Tell a coach, “I hear you coach.” can sometimes be enough to acknowledge the coach and allow him/her to move on with the game. I often say, “Sorry if I missed it coach.” It’s hard to continuing yelling at someone that has apologized and admitted that they may not have seen everything surrounding the situation.

I think it was helpful for the referees to have a coach to ask questions of foster a better understanding between coaches and referees.

This week’s question comes from Nick B. He asks about having trouble finishing in games. Nick says,

“I coach a high school girls varsity team and we’ve run into a major issue in our season: We can’t score goals. Our defense and midfield play well, and we create chances, we are just unable to finish and as a result have lost a bunch of games 1-0.

I’ve worked on finishing and shooting in a variety of ways in practice, including drills without keepers just to let the girls get the look and feel of the ball going into the net.

They can score in practice, but there is something about the game that just isn’t clicking. We’ve now gone three straight games without scoring and I can tell the girls are feeling the pressure to put one in.

How can I get them to relax in games and take their chances when they arrive?”

Trouble scoring is such a common issue. My suggestion is to do as much work in and around the penalty area as you can and try to incorporate shooting into everything you do.

You should also look closely as WHY you’re not scoring. Where is it breaking down? Are they creating chances? Are they shooting too early and thus not getting good chances? Is it a technical problem? How are they trying to score (ie crosses, getting in the box, long shots)? Do those methods suite the type of players you have? Have you discussed with the team where you want to try to get your goals from?

You can’t think of training players as something that happens in a vacuum. The thoughts and emotions of a player will impact how effective the session is at improving a player’s technical or tactical ability. We need to consider the importance of a player’s mindset and how it affects the way they approach practices and games.

Today, I’ll look at how what we say to our players can prime them to learn and achieve on a higher level or how it can discourage them from even trying in the first place.

Next week I’m going to look at ways that we can remove diving from the modern game.