#141 How to Become more Involved in Coaching 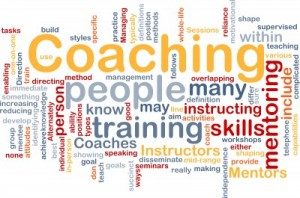 This week is our spring break in this area so we’re missing a lot of players. This has created opportunities for players to guest play with the teams above them and experience a higher level of competition.

As a coach I’ve enjoyed watching how players respond to this opportunity. All of the players that guest played with my teams did great and showed their ability to rise to the occasion.

Small numbers in training has meant that coaches are combining their groups to have enough players to run a training session. Often times we use this time to create a street soccer environment with a number of small-sided games.

When we combine players of different levels we mix the teams so that they are as balanced as possible. This gives all of the players an opportunity. The better players have to lead and the less experienced players learn from what they see the strong players trying to do.

While it’s not a training environment that I’d want to have for a whole season; it’s a nice change of place and chance to see how the players adapt.

This week’s question comes from Blake. He’s asking about breaking into the coaching community in a new area.

I’ve received many emails with some variation of this question so I decided to make it the topic of this week’s episode.

“I’ve been listening to the podcast for a few months now, as I am interested in coaching a youth soccer team for the first time. I have recently moved to a new town, and I am unfamiliar with their facilities, rec program, etc.

What tips do you have for a first-time coach, who is looking to integrate into the soccer program in a new town?”

Thanks for the question Blake!

Blake gave some specific about himself but my answer really applies to anyone looking to coach for the first time or to become more involved in coaching.

Today I answer Blakes question and talk about my own experiences as I started coaching.

I’ve had tons of great emails this week. People must be gearing up for the spring season because I don’t remember receiving this many email in one week before. I also had some good conversations with coaches through the comments section of CoachingSoccerWeekly.com on a couple of different subjects.

Thanks to everyone who took the time to email or leave a comment this week. Keep’em coming!

I’m going to take next week as my own personal spring break but I’ll be back with a new podcast the following week.