#186 How to Avoid Becoming a Frustrated Coach 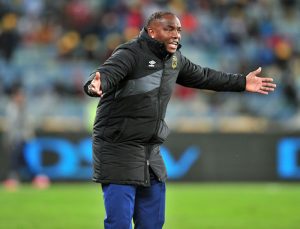 It was a pretty easy weekend for me. Each of my teams only had one game so I had a lot of time to get some spring cleaning and yard work done. I would have rather been coaching 🙂

Coming back to league games after a mostly successful tournament weekend can be unpredictable. Sometimes a team can just pick up where they left off in the tournament. Other times there is a bit of a let down. My three teams had three different reactions.

The youngest team played great and basically played as they had done in the tournament. The middle team had a flat start but improved in the second half. The oldest team never really got started and continued to play pretty uninspired until about the last five minutes.

The oldest group has another tournament this weekend so I’m hoping that playing four games this weekend will get them back on track.

“Do you have any insight for teaching players the midfield position?

I’m coaching a U12 Girls team and during games I often hear my players tell me, “I don’t know how to play midfield.” I don’t run a complex formation. Usually a 3-2-3 or 3-3-2. I don’t assign attacking or defensive roles to midfielders.

As a former soccer player and avid soccer fan, I feel like midfield is fairly instinctive but I tell my players to maintain the space between the defense and the forwards. However – some players tend to play too defensive while others play more as a forward and don’t get back.

I wonder if I should just do a team scrimmage and focus solely on teaching the midfield or are there some drills that can explain the roles of the position better. “

Thanks for the question Chad!

The center midfield role comes naturally to some players and to others they feel like they’re swimming in an ocean and don’t know which way to go.

It would help if in the beginning if you did assign attacking and defending roles to limit the scope of the position.

I would suggest that you play rondo games with a central support player. 5 v 2 works great for this. Four players on the outside and one in the middle.

Then I would play attack vs defense and focus on the positioning and movement of the midfielders.

Hopefully this experience will give your players an understanding of what you’re looking for from the midfield.

Today I want to talk about the quickest way to take all of the fun out of the sport of soccer for your players and yourself. It’s a trap that I think we all fall into from time to time, I know I do. If you recognize the signs early you can stop the negative spiral and restore the enjoyment before it’s too late.

I received more good show ideas this week. One of them will be next week’s topic: the benefits of training your team to play out from the back. Thanks Ryan!